01 Sep The gut-liver axis during dysbiosis 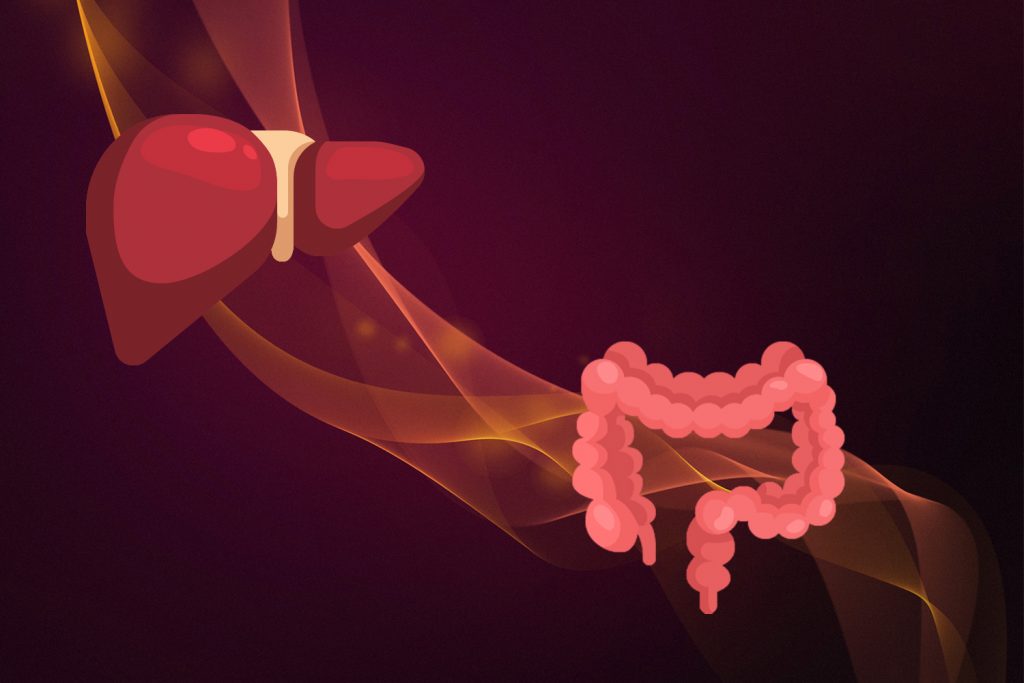 The term “gut-liver axis” has been coined to describe the close relationship between the two organs.

On one hand, the liver provides bile acids and other compounds to the gut, which can modify the composition of gut flora and control intestinal inflammation.

On the other hand, the liver is placed near to the intestines and receives most of its blood supply through the portal vein. The portal vein is the vessel that carries blood from the gastrointestinal tract to the liver and contains nutrients and toxins absorbed from the intestinal content, bacteria that has managed to break the gut barrier and microbial by-products. Most of the bacteria and microbial by-products that reach the liver are harmless and the immune system tolerates them, but whenever the incoming bacteria are pathogenic, the hepatic immune response is activated to prevent the pathogen to spread to other organs. Repeated activation of the hepatic immune response leads to hepatic inflammation and to liver disease.

Dysbiosis, also called dysbacteriosis or bacterial enteritis, consists of an alteration of the composition and the function of gut microbiota, accompanied by intestinal inflammation. The alteration of flora composition is due to a reduction of microbial diversity, associated with an increase in pathogenic species and a loss of protective flora, resulting in intestinal inflammation and the disruption of the gut barrier.  As a result of dysbiosis, more pathogens cross the intestinal epithelium and migrate to the liver, initiating inflammation and disease.

During dysbiosis, Clostridium perfringens may overgrow and lead to necrotic enteritis. As the gut barrier is broken, Clostridium perfringens and its toxins cross the gut barrier and arrive to the liver, which appears congested, with a black or dark red color in acute cases, or enlarged with a pale reticular pattern, sometimes with small pale and stellate foci, in subclinical cases.

Dysbiosis may also lead to an abnormally fast proliferation of Gram-negatives such as E.coli that, when conditions change after the phase of exponential growth, lose viability and massively die. When they die, portions of the Gram negative cell walls become powerful endotoxins called lipopolysaccharides (LPS), which may cross the gut barrier, cause hepatic inflammation and worsen hepatic diseases such as fatty liver disease.

BioShield© is a complete solution that protects your animals against toxicity by mycotoxins. It includes:

PhytoLiv© is an oral emulsion that contains essential oils, bioactives and vitamins with high antioxidant power. PhytoLiv© is especially useful in the following cases: