Posted at 19:33h in Swine by PlusVet Animal Health
Share 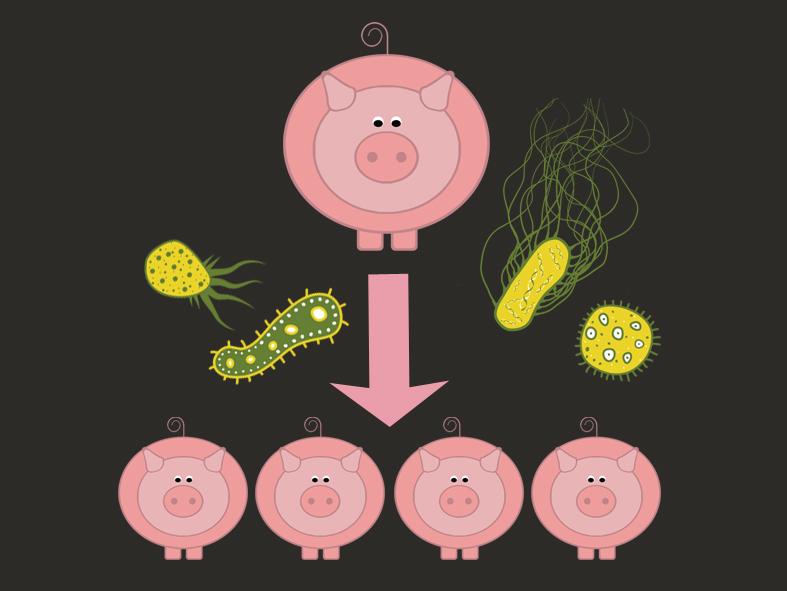 The role of the health of the sow is increasingly important to the productivity of the farms. Until recently, sow’s health was primarily focused on obtaining more pigs per sow per year and reducing non-productive days, but we know now that it is possible to enhance the health status of piglets by improving the condition of the sow (Miller, 2007).

Pathogens that are the main cause of diarrhea in suckling pigs are also frequently transmitted through contact between sow and piglet:

Although piglets passively acquire antibodies against these pathogens from colostrum and milk, these defenses are limited and can be overwhelmed by large doses of microorganisms.

Besides direct action on piglet’s health, an indirect, smart and maybe easier way to prevent piglet’s diarrhea would be keeping sow’s digestive system healthy, focusing on the latest month of gestation and lactation stages.

All these benefits translate into improved health of the litter:

ReproPlus® is a combination of plant extracts, organic acids, vegetal oils rich in omega-3 and a cocktail or European silicates, designed for pregnant and lactating sows.

Besides gut welfare, management and health programs are key to reducing vertical transmission of pathogens that cause piglet diarrhea. Here there are some important tips:

Literature of the article is available on request.