Posted at 18:40h in Swine by PlusVet Animal Health
Share 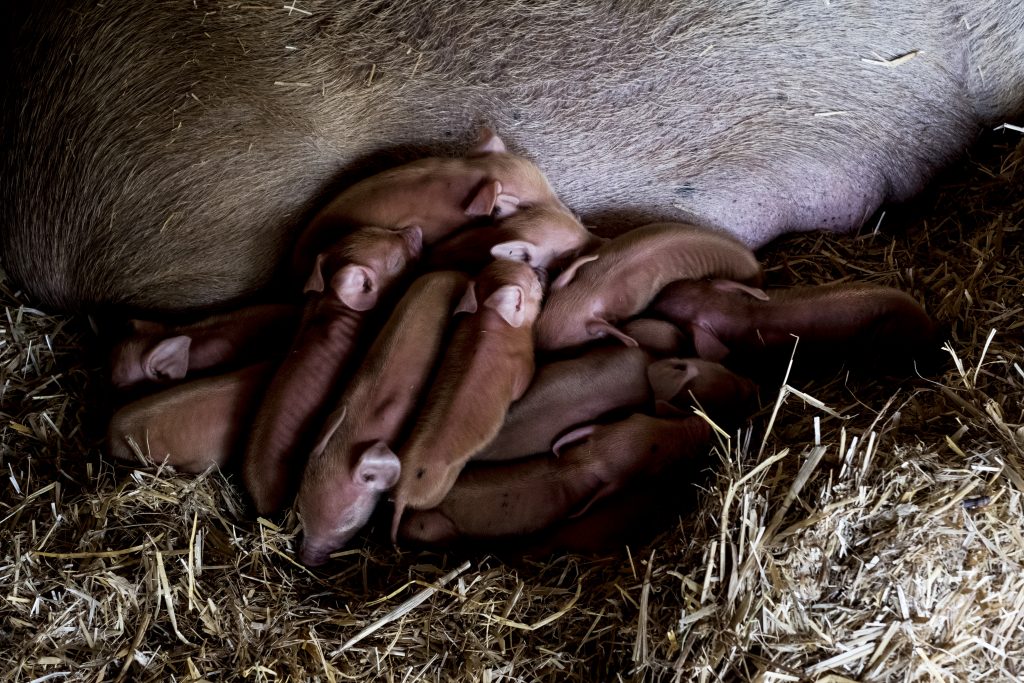 WHY COLOSTRUM IS SO IMPORTANT?

Colostrum is a form of milk produced by the mammary glands of mammals during a short period before and after giving birth (up to 24-48 h after birth in the case of the sow).

An immediate and sufficient intake of colostrum (more than 200 grams/piglet, Devillers et al, 2011) determines the health and livability of piglets during the pre-weaning period.

PREPARING FOR THE MILK PRODUCTION

Mammary development occurs during prepuberty, puberty and gestation of the sows and continues during lactation (Farmer et al, 2004; Ji et al, 2005; Ji et al, 2006). Therefore, the capacity to produce sufficient amount and quality of milk is affected by the nutrition, endocrine status and management of gilts or sows during these periods.

During the final 2 weeks of gestation, the onset of lactogenesis (synthesis of elements related to colostrum and milk) occurs. As a result, we observe the development of the udder, which becomes firmer and more distended.

Colostrum yield varies a lot between sows. It is not affected by litter size but can be influenced by several other factors ( Eliasson and Isberg, 2011):

During late gestation, lactogenesis starts and fetal weight gain increases substantially, so nutrient requirements of the sows increase. However, it is not good to overfeed the sows because overfeeding in this period seems to decrease feed intake and reproductive performance during lactation.

Long chain polyunsaturated fatty acids (PUFA) are important for the development of certain organs such as brain, nervous system, tissues related to immune system and muscle. Including certain oils rich in PUFA (fish oil, marine oil or certain vegetable oils) in sow’s diet has been proved to modify fatty acid composition of colostrums and, ultimately, exert a positive influence on the health and growth of the piglet (Sampels et al, 2010).

Besides, feeding PUFA to the sows has been proved to increase the concentration of immunoglobulins in colostrum, offering extra immune protection to the piglets (Rossi et al, 2004).

Colostrum composition is not affected by the dietary percentage of crude protein, but feeding more lysine in late gestation increases the protein content and dry matter in colostrum. (Heo et al,  2008).

A diet rich in fiber does not enhance colostrums yield, but it increases tits lipid fraction and seems to stimulate colostrum intake of weak piglets (Loisel et al, 2013).

Newborn piglets depend on the vitamins transferred from the sow via colostrum. It is possible to increase vitamins A and E in colostrum by increasing the dose in feed or by administering injections to the sow at day 100th and day 107th of pregnancy.

Researchers showed that feeding prebiotics such as inulin to the sow improved the quality of colostrum and contributed to a better development of the small intestine of piglets (Awad et al, 2013).

The most likely mechanism of action of inulin is through the stimulation of the growth of beneficial bacteria in the intestinal flora, which in turn stimulate the immune system and antibody production.

Trials with certain phyto-active ingredients show that they may stimulate the immune system of the sow and increase the amount of IgG and IgA in colostrum.

Feeding other plant extracts to the sow, like cinnamon,  increases the concentration of lactose in sow colostrum, making it richer in energy and  preventing hypogycaemia in piglets.

ChampionPig©, a program based on natural products to maximize the productivity of pig farms

OTHER TIPS TO OPTIMIZE COLOSTRUM PRODUCTION