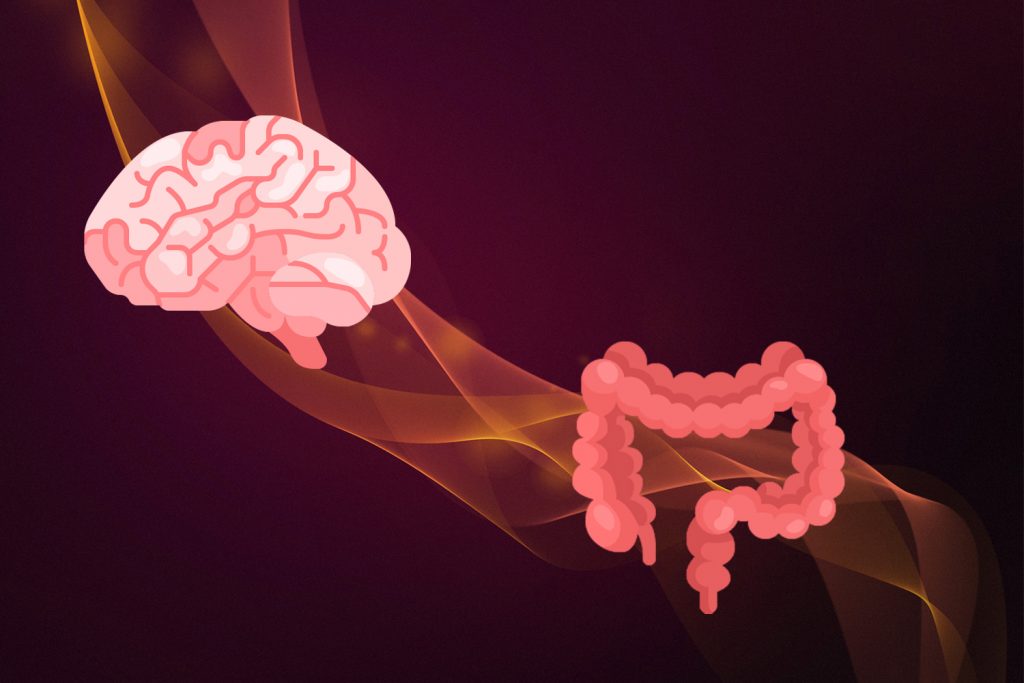 The gut-brain axis is the two-way biochemical communication system that takes place between the digestive system and the central nervous system, that consists of the brain and the spinal cord. The gut-brain axis involves the gut microbiota, the immune system, the endocrine system, and nervous connections. Because the gut has the same type of neurons and neurotransmitters that are found in the brain, it is sometimes called “the second brain”.

The brain influences the gut through the vagus nerve, one the biggest nerves connecting the brain and the digestive system. Impaired function of the vagus nerve is related with digestive diseases. Neurotransmitters produced in the brain affect the functioning of the gut, for example some brain disorders reduce the secretion of bile acids.

On the other hand, research shows that the gut microbiome influences brain chemistry by releasing cytokines, neurotransmitters, neuropeptides and other messenger molecules, which arrive to the brain through the blood or the nerves. For example, the neurotransmitter serotonin, which modulates feeding, arousal, locomotion, flight and stress, is mostly produced by beneficial flora, and the toxins produced by some Clostridium species inhibit its activity.

The gut-brain axis during heat stress

Use of plant extracts during heat stress

Thanks to their multifunctional mechanism of action, phytogenics are very effective to fight heat stress: