23 Aug The use of antibiotics triggers dysbiosis 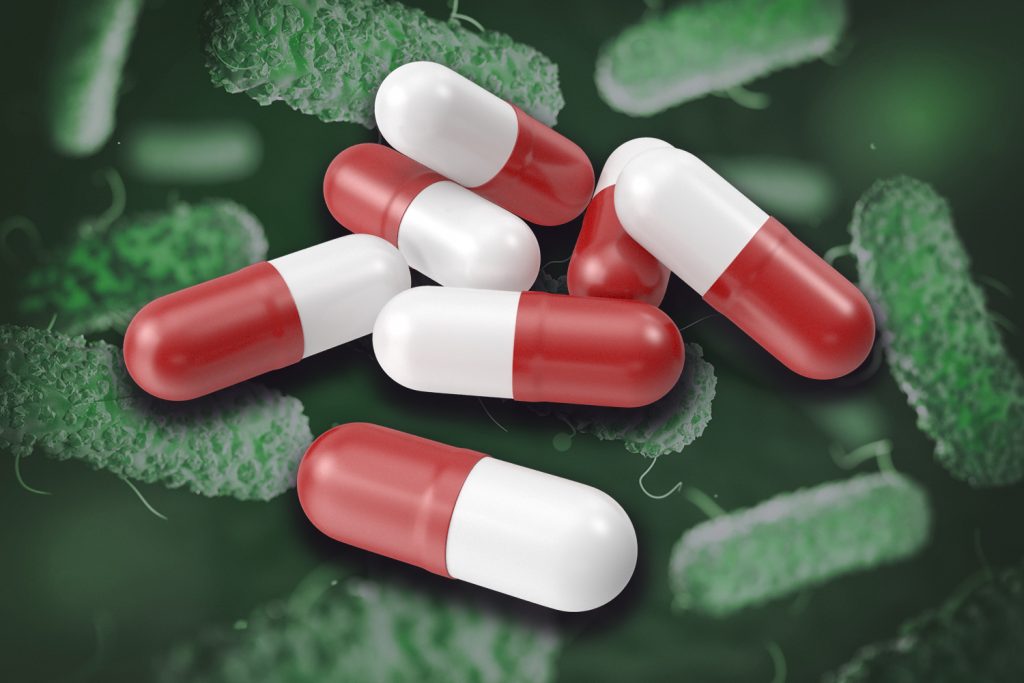 Dysbiosis, also called dysbacteriosis or bacterial enteritis, consists of an alteration of the composition and the function of gut microbiota, accompanied by intestinal inflammation.

The alteration of flora composition is due to a reduction of microbial diversity, associated with an increase of pro-inflammatory species and a loss of protective flora, resulting in intestinal inflammation and the disruption of the gut barrier.

The loss of functional capacity is related to a low production of short-chain fatty acids, especially butyrate, which further alters the intestinal ecosystem.

Dysbiosis disrupts the normal interaction between gut flora and the animal, which is key for overall health, and may lead to the onset of other diseases.

The administration of antibiotics breaks the balance that normally exists between the different species of microbiota.

Antibiotics do not reduce the total number of bacteria in the gut: antibiotic-susceptible bacteria are eliminated and antibiotic-resistant bacteria, sometimes pathogenic, are allowed to multiply and take their place.

Le Roy et al (2019) demonstrated that the administration of tiamulin to treat Brachyspira pilosicoli in laying hens decreased overall microbial diversity in the cecum, reducing the count of bacteria belonging to the phylum Firmicutes and increasing the count of bacteria of the phylum Bacteroidetes. Zhang et al (2021) found that the administration to chickens of a mixture of three antibiotics decreased the abundance of cecal Firmicutes and Bacteroidetes while significantly increasing the abundance of Proteobacteria.

This shift in the microbiome composition increases the susceptibility to digestive infections, stimulates the development of antibiotic resistances, and negatively affects the functioning of other organs. In example, in young mice, the administration of low-dose antibiotics led to the alteration of carbohydrates, lipids and cholesterol (Cho et al, 2012).

The effect of prebiotics

In the 1980s, it was discovered that some ingredients of the diet were not digestible for the host, but they were able to promote the growth of certain gut bacteria and lead to beneficial effects. These substances were called prebiotics.

There are many dietary fibers that are considered prebiotics, including certain non-starch polysaccharides (celluloses, hemicelluloses, pectins, gums, and mucilages), fructans such as inulin and oligosaccharides.

The administration of chicory root extract, rich in inulin, during dysbiosis, stimulates the growth of beneficial bacteria such as Lactobacillus sp and Bifidobacterium sp. together with other species that produce butyrate, and leads to a decline of pathogenic species such as Clostridium perfringens. The consumption of prebiotics also reduces inflammation and decreases intestinal permeability.