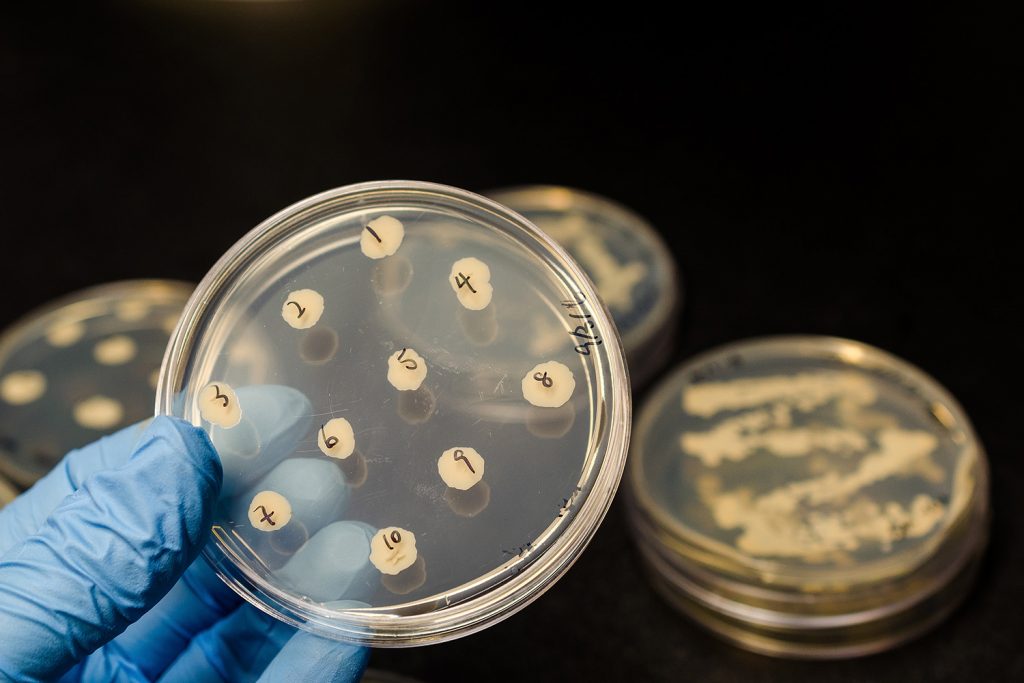 In 1928, Sir Alexander Fleming discovered an antibiotic substance that he named “penicillin”, produced by molds of the genus Penicillium. With this discovery, the golden era of antibiotics began, saving thousands of human lives. However, Sir Fleming himself predicted in 1948 that the overuse of penicillin could lead to the selection and propagation of resistant bacteria, and in 1955 widespread bacterial resistance to penicillin had already developed.

Antibiotic resistance is a question of natural selection

Bacteria are among the fastest reproducing organisms in the world. They can double their number in a period ranging from 4 minutes to 24 hours.

Every time bacteria duplicate, they need to make two identical copies of their DNA, and there is a chance that errors (mutations) occur. Some mutations are harmful to bacteria, while others can provide an advantage, allowing the mutated bacteria to grow faster than their neighbors. This process is called natural selection.

The mutated gene that provides an advantage is transferred to the bacteria’s progeny during replication, and can also be transferred to other bacteria from the same or from a different species through a process called conjugation.

As the mechanisms of action of antibiotics are highly specific, resistance is fairly easy to appear.

The complexity of plant extracts is an advantage

Multiple investigations confirm that it is highly unlikely that bacteria develop resistance to plant extracts. However, it should be pointed out that some reports suggest that occasionally bacteria can become resistant to single phytochemicals. In example, Ait-Ouazzou et al. (2013) described a case of Listeria monocytogenes developing resistance to carvacrol. To avoid this problem, it is necessary to formulate products based on whole plant extracts, or else with combinations of several phytochemicals.

PigletPlus© is intended to maintain and improve digestive health. It is formulated with synergistic ingredients:

It is especially useful in cases of bacterial diarrhea during the suckling and post weaning period, and to promote growth in all ages.