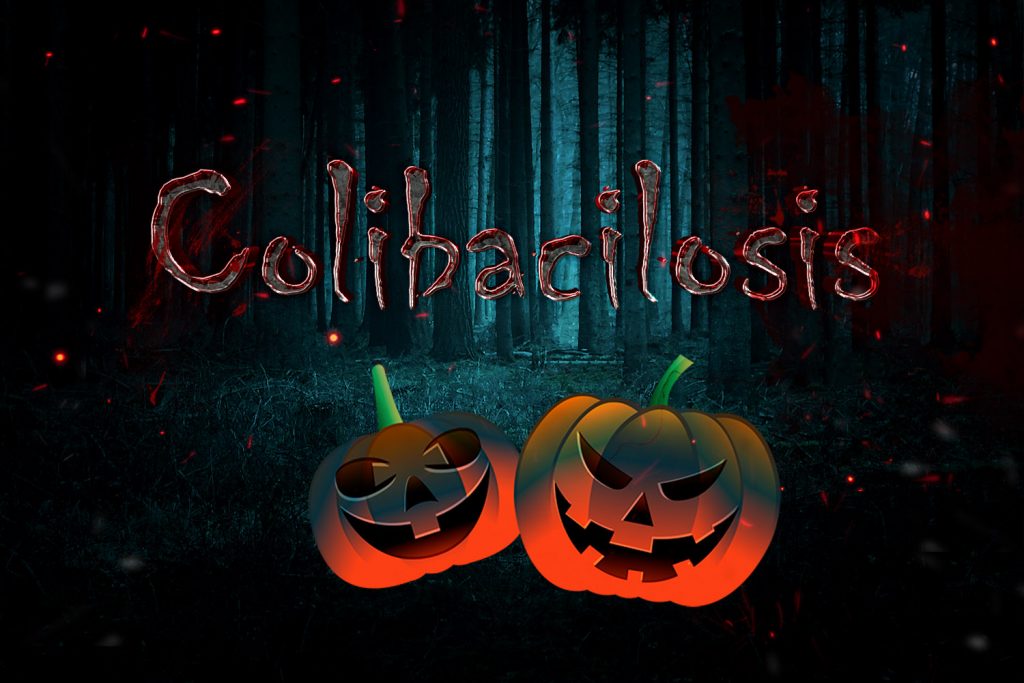 With this post, a general introduction to the disease, we start a series of articles about avian colibacillosis.

Colibacilosis is one of the most common infectious bacterial diseases in the poultry industry and one of the main causes of economic loses. Such losses are caused by increased mortality and morbidity, lack of uniformity, decreased production, treatment costs and increased condemnation at the slaughterhouse. It affects broilers, layers and breeders of all ages, although younger animals are generally more susceptible to the disease.

Colibacillosis is defined as an infection or disease caused by colon bacilli, especially E. coli. E. coli is a normal inhabitant of the digestive tract and it is widely disseminated in the bird’s skin and feathers, feces, litter, dust and in general throughout the environment of the poultry house. Moreover, feedstuffs, drinking water, rodents, mites and insects all can be a source of E. coli. However, only 10 to 15% of the E. coli strains are pathogenic and are called Avian Pathogenic Escherichia Coli (APEC) strains. The main serotypes involved in colibacilosis are O78, O2 and O1.

Colibacillosis starts whenever APEC enters the body and begins a localized or general infection. Healthy animals do not develop colibacilosis: the disease happens when the birds are debilitated due to a previous infection, poor nutrition, toxins, or environmental stress.

APEC may enter the body through 6 main routes:

The main transmission route of APEC in poultry is through the inhalation of contaminated air or dust.

APEC can start a respiratory infection by itself or, most commonly, lead to a secondary bacterial infection, especially whenever there is an existing infection by virus or bacteria (Newcastle disease virus, infectious bronchitis virus, M. gallisepticum, P. multocida, infectious laryngotracheitis), irritation or secondary reactions to vaccines.

Moreover, as we explained in this article, in order to allow a faster oxygen exchange, the respiratory membranes are thinner in avian lungs than in mammals. A thinner interface makes gas exchange more efficient, but at the same time it is easier for airborne pathogens like APEC to cross the barrier and start a systemic or localized infection inside the body

An imbalance of gut flora caused by bacterial infections, coccidia, mycotoxins, poor water or feed quality, feed changes, stress or the administration of antibiotics may lead to the overgrowth of APEC.

Whenever there is a disruption of the gut barrier, APEC is able to cross the digestive epithelium, arrive to the circulatory system and start a localized or systemic infection.

The skin is the body’s first line of defense. When the skin is broken or disrupted, such as in case of footpad dermatitis,  wounds or scratches, microorganisms colonizing the skin or introduced to the wound can cause an infection.

Cannibalism and vent peaking have been proved to be linked to the onset of colibacilosis.

APEC ascending from the cloaca, coming from the environment or from the digestive system, travels up through the oviduct to the ovary and causes infections in the reproductive system or in the body cavity.

Whenever the oviduct is infected, yolks may be laid outside the oviduct and lead to egg yolk peritonitis.

Navel infection, also called omphalitis, affects day-one-chicks and is caused by a number of bacterial species, including Staphylococci, Proteus, Pseudomonas and E. coli.

The navel is inflamed and doesn’t close, opening the door to infections in the abdominal cavity and to septicemia.

As we described in this article, APEC can be transmitted from breeders to chicks in two different ways:

During the egg formation, the albumen or the egg membranes (rarely the yolk itself) become contaminated as a result of an existing APEC infection in the ovaries or in the oviduct. The eggs can also be contaminated during the passage through the cloaca.

APEC arrives inside the egg from the outside environment by penetrating the eggshell. Although huge microbial contamination of the eggshell is not common at the time of oviposition, avian faecal material and other environmental sources in the laying house, during transport, storage or incubation can rapidly introduce bacteria into eggs.

By definition, the term colibacilosis refers to any infection caused by APEC. The details of each type of infection will be described in coming articles, but in general we divide them as follows:

Colisepticaemia is a generalized infection of the bird’s body by APEC. It affects chicken of all ages, but especially young chicks and hens at the onset of egg production. It causes depression, fever, dirty vents and often high mortality, with sudden death. The infection of the heart leads to cardiac failure.

Polyserositis (perihepatitis, pericarditis) and peritonitis can be observed in the necropsy.

The birds that survive may show sequelae such as osteomyelitis, synovitis, pericarditis or salpingitis.

As stated above, colibacilosis is a disease that happens in debilitated animals, as a result of a decline of immunity or when there is a high pathogen load in the environment. The main predisposing factors are the following:

Colibacilosis is mainly treated with antibiotics.

While 10 years ago antibiotics used to be remarkably effective, due to antibiotic abuse nowadays many strains of APEC are resistant to multiple drugs.

The effective control and prevention of colibacilosis relays on identifying and eliminating the risk factors of the disease. By improving biosecurity, sanitation, air quality, nutrition, immunity and quality of the day-one chick, it is possible to reduce the level of exposure to APEC.

Vaccines do not offer complete protection due to the diversity of APEC strains. Whenever breeders are vaccinated, their offspring has efficient immunization until day 15 of age.