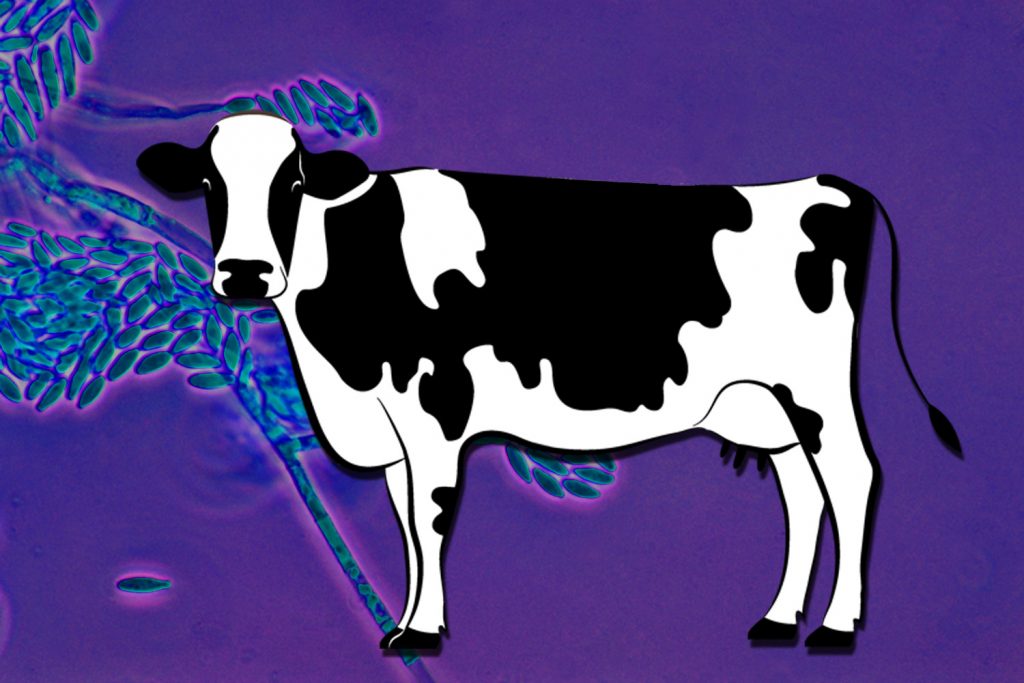 Can mycotoxins be completely detoxified in rumen?

The impact of mycotoxins on dairy cows is less studied than on pigs and poultry. Opposite to monogastrics, dairy cows have certain bacteria and protozoa in their rumen that, under certain circumstances, are able to totally or partially detoxify certain mycotoxins. For this reason, dairy cows and ruminant in general are less susceptible to the negative effects of fungal metabolites.

Can mycotoxins be completely detoxified in rumen?

Research shows that ruminal microorganisms are able to detoxify 98% of T-2 toxin, diacetoxyscirpenol and deoxynivalenol (DON, vomitoxin) in 6-24 h and 95% of ochratoxin A in 4 hours.

Regarding trichothecenes (T-2 toxin, HT-2 toxin, diacetoxyscirpenol and DON), they are almost completely inactivated in the rumen and do not produce systemic effects. Nevertheless, these mycotoxins give the feed an unpleasant taste, reducing feed intake and, as a consequence, reducing nutrient supply. Prior to detoxification, which as mentioned above takes 6 to 24 hours, trichothecenes irritate the epithelium of the digestive system, producing hemorrhages and impairing feed use. 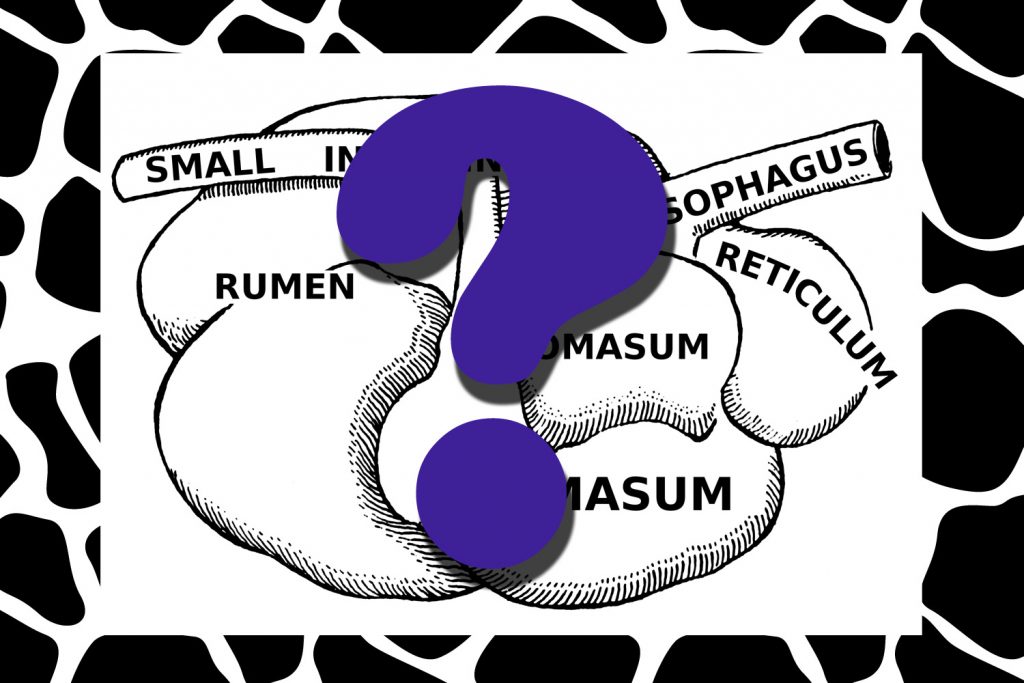 Not all mycotoxins can be degraded in rumen:

Another factor to take in account is that dairy cows have a higher feed consumption and more stress than other ruminants, and these factors can impair the natural detoxification mechanisms and make cows more susceptible to mycotoxins.

Let’s review the toxicity of the different mycotoxins:

The most relevant toxicity of aflatoxins is not on the cows themselves but their excretion through milk and their toxicity on human beings. In liver, aflatoxins B1 and B2 are metabolized into aflatoxins M1 and M2 (AFM1 and AFM2) and subsequently eliminated through milk.

Lactating cows that eat feed containing 20 ppb aflatoxins or more may produce milk that exceeds the tolerance level. 1-2% of aflatoxin B1 contained in feed is excreted as AFM1 in milk. After ingestion of AFB1, AFM1 can be detected in milk after 12 h and the maximum contamination peak will be 2-3 days later. When the cow returns to clean feed, the AFM1 concentration in the milk decreases to an undetectable level after 72 h (Van Egmond 1989).

Other toxic effects of aflatoxins are lameness and reduced fertility.

The impact of DON on dairy cattle is not well studied but clinical data shows an association between DON and poor performance (Whitlow et al., 1994). A natural contamination of 2 ppm of DON reduces milk production by 13%.

DON has been linked to elevated somatic cell counts and mastitis.

T-2 toxin is toxic to all ruminants. It can cause:

Fumonisins are structurally similar to sphingosine, a component of sphingolipids, a class of lipids that play important roles in signal transmission and cell recognition. Their toxicity results from blockage of sphingolipid biosynthesis and thus degeneration of the tissues. Fumonisins can cause decreased feed intake, less milk production and liver lesions.

The routine addition mycotoxins binders to feed has been proved to prevent harm caused by mycotoxins. It is necessary to choose a mycotoxin binder that is effective not only for aflatoxins but also to trichothecenes and zearalenone, which are the most relevant mycotoxins for dairy cows. Our product PlusBind© is the ideal mycotoxin binder for ruminants, as it has been demonstrated with practical cases in dairy farms.