Posted at 19:37h in Swine by PlusVet Animal Health
Share 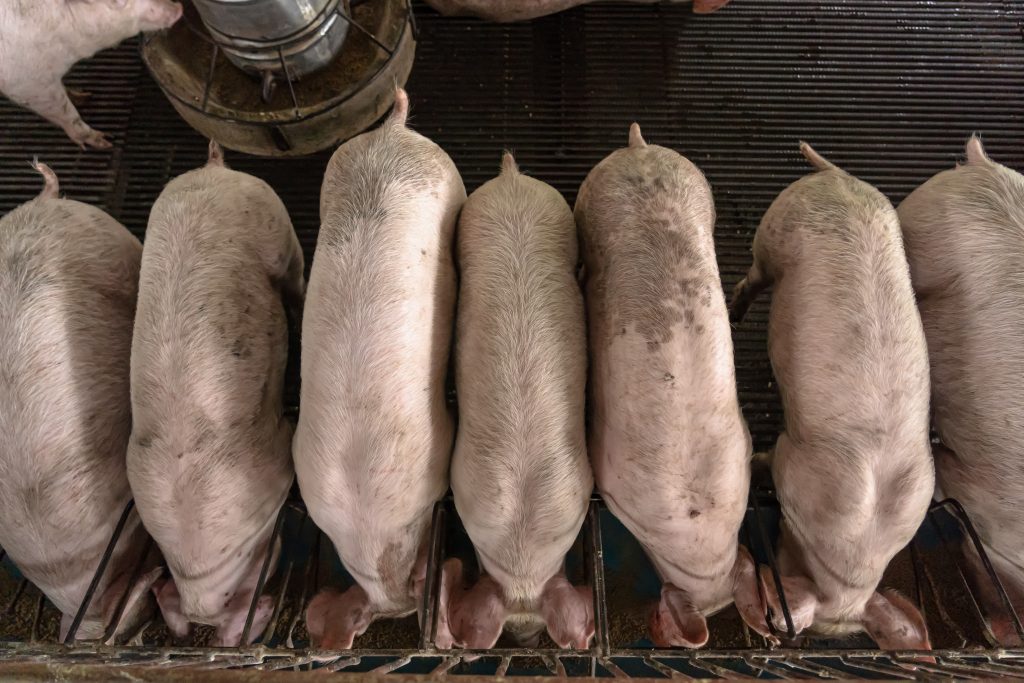 Weaning is one of the most critical stages in the life of a pig. It’s a moment of fast growth and high nutritional demands, while digestive capacity is reduced. Moreover, a lot of changes take place simultaneously and the animal is greatly stressed. All these factors can lead to a reduction in feed intake, slow growth and the onset of diarrhea.

A recent field trial proved the positive effects of PigletPlus© on post-weaned piglets.

Trial started on day 28th at the beginning of transition period (when the sow is removed from the farrowing pen but piglets are left in the pen for some days). During transition period, PigletPlus© was added to pre-starter feed at a dose of 1.5 kg/ton. The trial group showed better feed intake and better appearance (by empirical observation), improved digestive health and reduced need of antibiotics to treat diarrhea.

At day 41st animals were transferred to nursery pen, and trial group was fed with PigletPlus© at 1.5 kg/ton added to starter feed until day 50th.

The use of PigletPlus© from day 28th until day 50th resulted in a average weight gain 2.4 kg better in trial group.

CONDITIONS OF THE TRIAL 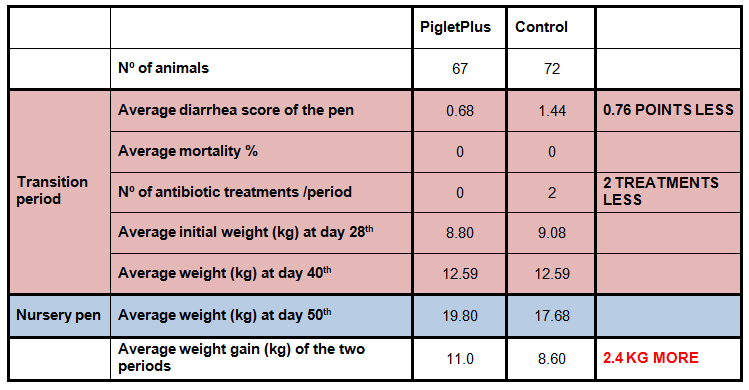 PigletPlus© is intended to maintain and improve digestive health. It is formulated with synergistic ingredients:

It is especially useful in cases of bacterial diarrhea during the suckling and post weaning period, and to promote growth in all ages.